Here’s a short C program to illustrate the difference:

Uncomment the fill line, compile and run it again. You should see the resident size get much bigger, as we’re actually using the memory we requested (we’re filling it with the number 42). The kernel has to give us real memory to work with.

We can request far more virtual memory than the machine can handle. Here’s a screenshot where I’ve requested 16 Gig of memory, on a machine with only 3 Gig of RAM and 3 Gig of swap. The VIRT’s sum up to way more than that machine can handle. At the top left of the screenshot you can see none of that memory has really been allocated. The kernel won’t allocate it until we use it. 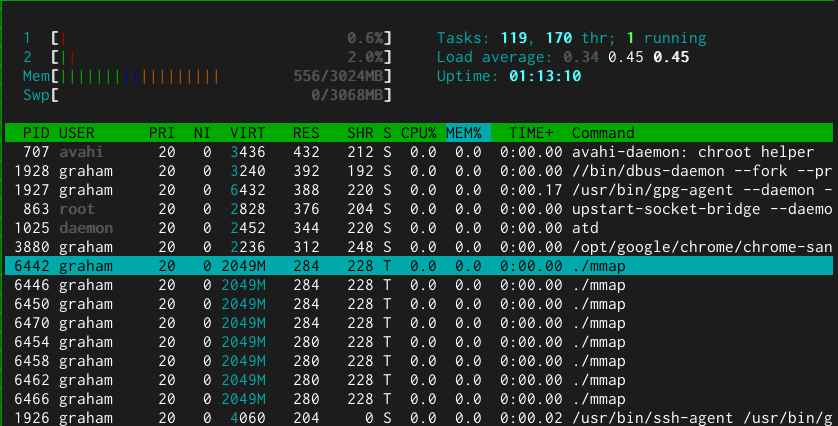 In summary, virtual size can largely be ignored. Resident size is the important number.